AudioNewsRoom recently posted a hands-on review of the IK's new iRig Pro Quattro I/O. Covering all of its features, connectivity and bundled software, the review gives the mobile field recording interface and mixer an enthusiastic recommendation.

Here are highlights and a link to the full review below:

The iRig Pro Quattro I/O might be small, but packs a lot in. With its 24-bit/96 kHz audio resolution, it can be used in any pro and semi-pro context, and I've appreciated its no-frills yet sturdy design, the versatile features, and the sweet hardware and software perks.

"Design-wise, the iRig Pro Quattro I/O is not a radical departure from the previous IK Multimedia interfaces. The unit looks and feels well-built. The switches and pots are firm and the unit just feels nice when held in my (relatively small) hand.

"While testing the iRig Pro Quattro I/O, I particularly appreciated some inspiration-friendly features that make this IK Multimedia device even more useful in various situations and setups.

It's also possible to use the iRig Pro Quattro I/O as a standalone mixer/mic preamp device, the perfect setup for recording high-quality audio on any DSLR or camcorder.

"How many times did you have to throw away a recording because it ended up being badly distorted? The iRig Pro Quattro I/O can help. When in STEREO and MONO mode, DAW inputs 3 and 4 are used as safety channels reduced by 12dB as a backup.

Also, I like the fact that IK Multimedia added a Loopback feature. Sometimes I need to pass audio from one application to another, for instance from music/radio streaming platforms to my DAW for sampling and sound-mangling purposes.

"I love having an in-built microphone on the iRig Pro Quattro I/O. It's really handy having access to an omnidirectional (MEMS) mic right within the interface

Whether you are a musician, a podcaster/video maker, or a mobile music warrior, the latest IK Multimedia device can be a great match. If you're shopping for an "all-terrain", compact 4 in/2 out audio interface (with MIDI I/O) I would recommend adding the iRig Pro Quattro I/O to your list. 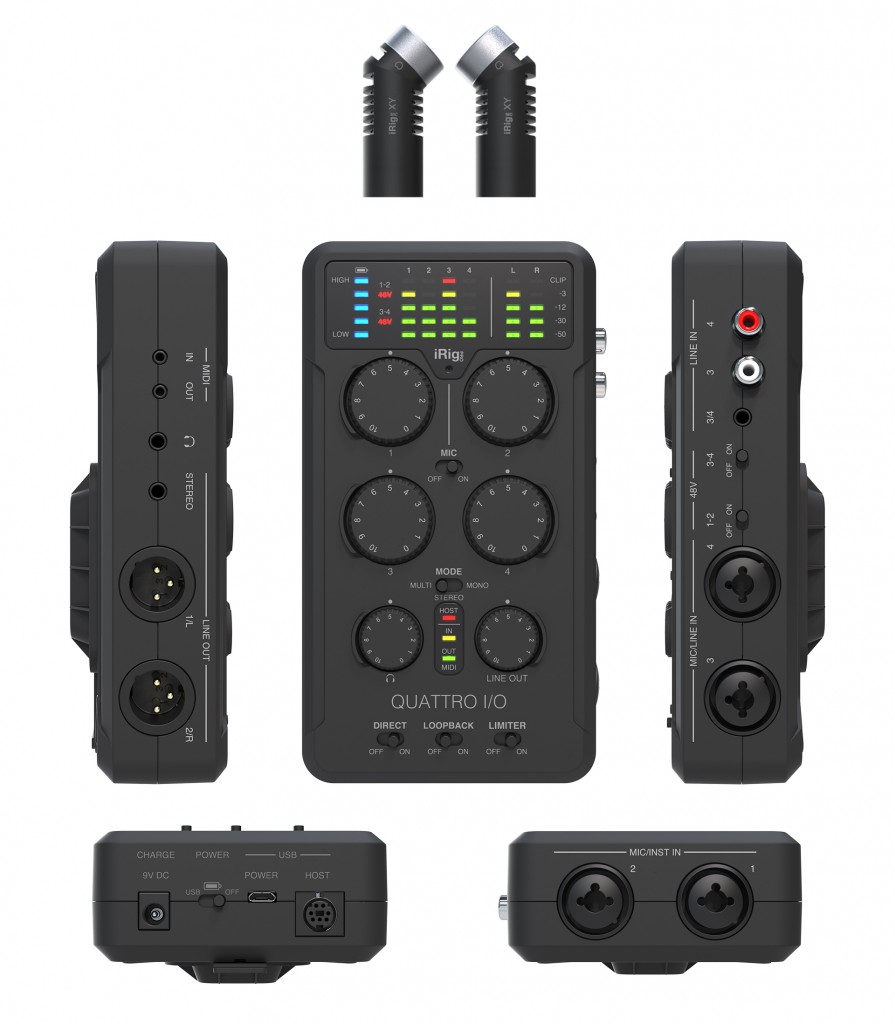