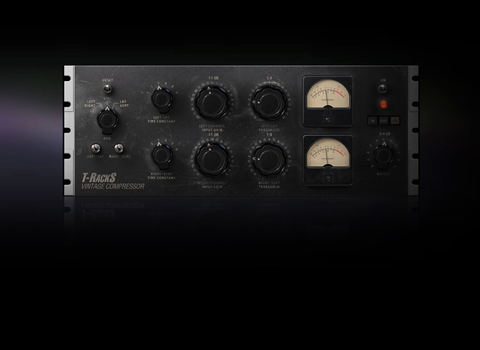 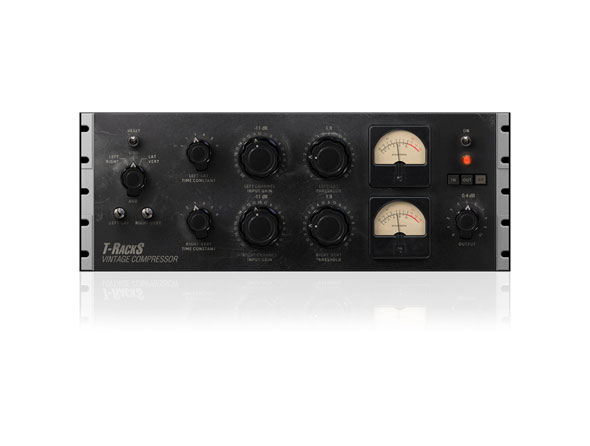 This module is based on the "Holy Grail" of compressor/limiters, the Fairchild™ 670.
With a faithful reproduction of each control, this is an incredibly accurate model that captures every nuance of one of the best Fairchild units available, one considered a true "golden reference".

This Vari-MU type compressor/limiter delivers an incredible magic touch that makes everything that passes through it shine and sound more musical and emotional, thanks to its tube signal path and gain reduction mode. It was meticulously analyzed for months over every single detail, unveiling all of it's secrets.

As in the hardware unit, our model actually consists of two separate and independent limiters, which can be used, according to the selected operating mode, on L and R channels for standard stereo operation, or Vertical and Lateral components of a stereo mix. This is accomplished via a decoding M/S matrix and is a often performed in mastering situations to control Mid or Side elements of a mix. This is the only module in the T-RackS series that doesn't feature the standard “L/R-M/S” selector, as this functionality is achieved with the standard controls that were on the original hardware, as described above.

Its extremely fast attack time makes it ideal as a peak limiter, even though by carefully choosing among its set of variable release times an extreme limiting action can be achieved without side effects like pumping.

Its preferred use is on the stereo bus of your mixing or mastering projects, but, it's such a wonderful module that it will surely add its magic touch to any stereo source it'll be used on.

On the drums submix it makes the all pieces of the kits “gel” together, effectively making the drums sound like a cohesive instrument, and not like the sum of separate parts.

It's also pretty comfortable on vocal tracks, where its all tube circuitry enriches the timbre and adds presence and harmonics. It's kind of a luxury to have one, but this model takes it affordable to any DAW user. 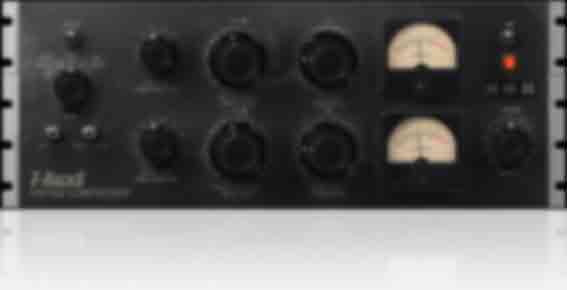 From the same family 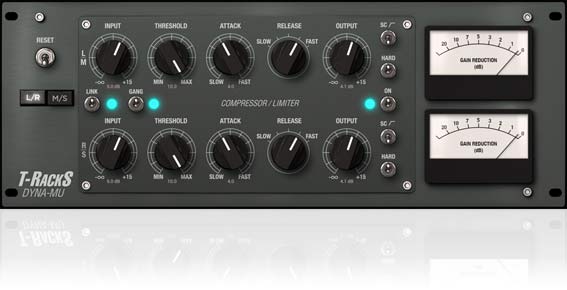 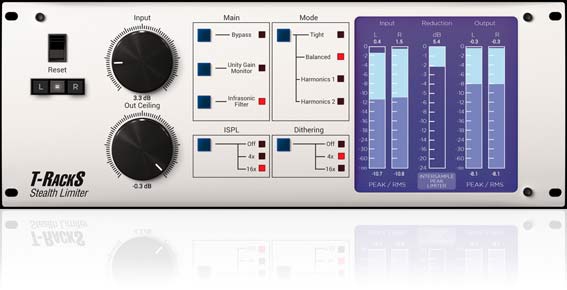 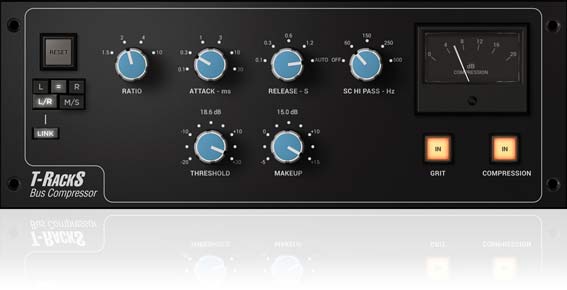 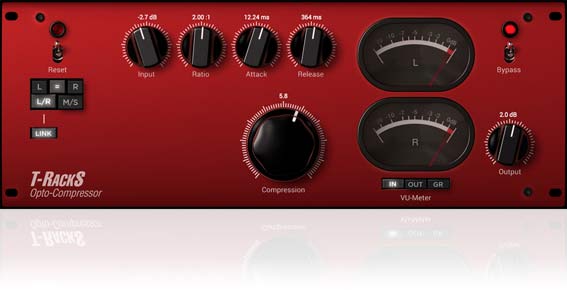 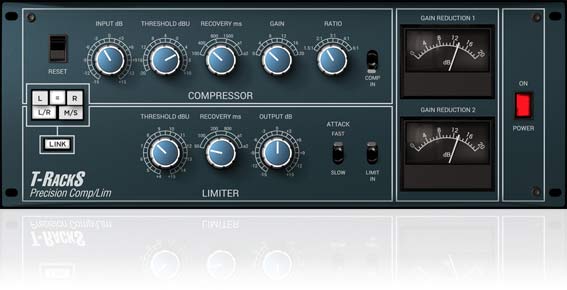 This audio processor module is part of T-RackS CS  "Custom Shop" Mixing and Mastering Plug-In Collection. With T-RackS CS you can: