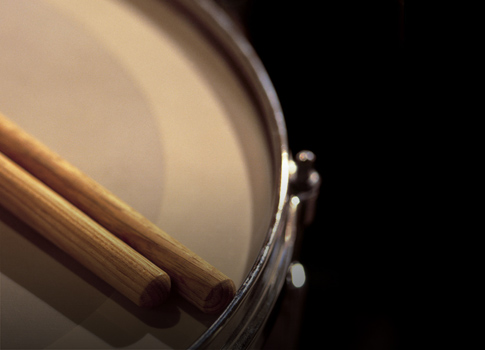 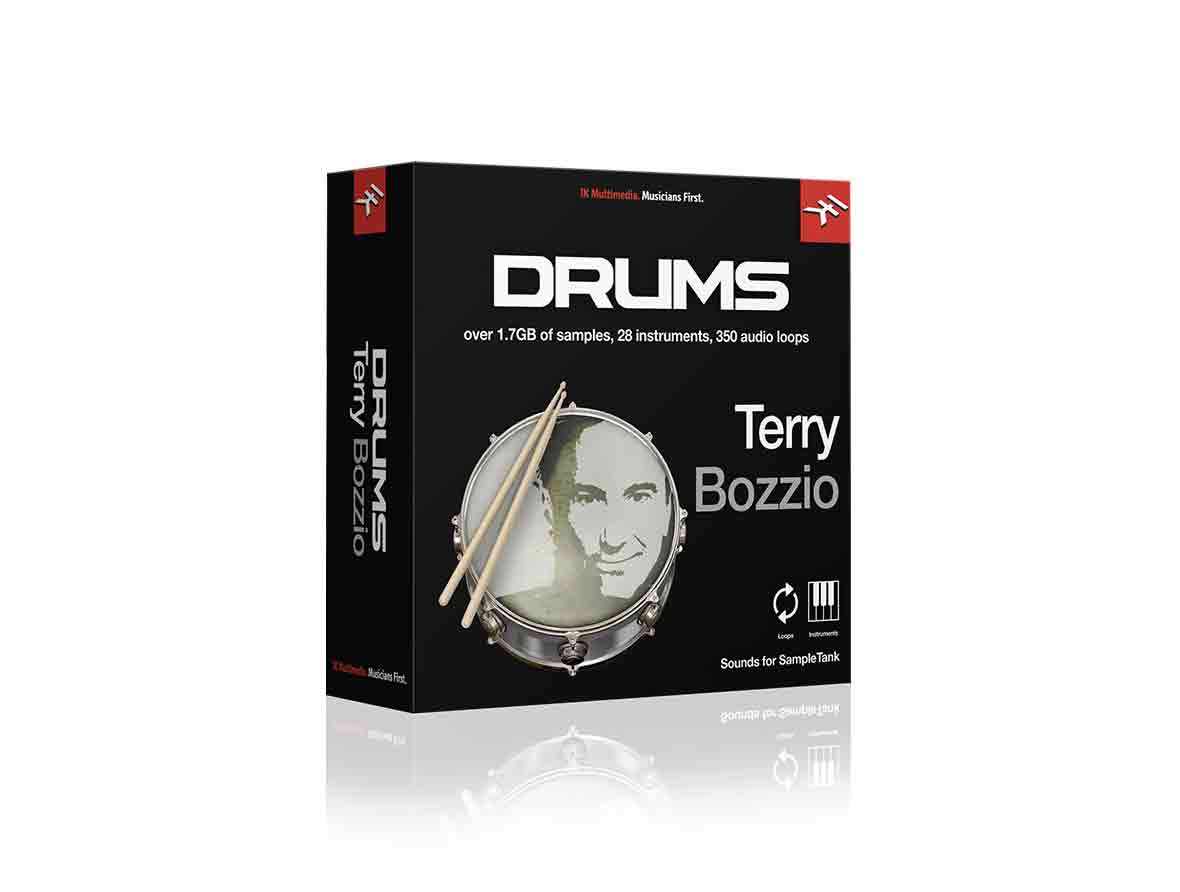 All of these sounds have been played by Terry Bozzio, the idiosyncratic drummer whose incendiary performances with Frank Zappa, UK, Jeff Beck and Missing Persons span 4 decades of classic album appearances.

With Terry Bozzio Drums, you'll be inspired and amazed by its superior sound quality. This is because the entire library has been recorded by Ken Scott, the master producer and engineer who worked with Terry Bozzio on classic Missing Persons album, “Spring Session M,” containing the hits, "Walking in LA," "Destination Unknown" and "Words." IK US founder and executive producer, Dave Kerzner, brought the two legends together for first time since the 1980s especially for this project.

Terry Bozzio is known for his massive drum kits and uniquely melodic playing style. With Terry Bozzio Drums, we've gone to great lengths to ensure you feel like you're sitting in his drummer's throne: You get 16 playable drum kit instruments with a complete kit that includes 2 kick drums, snare with multiple articulations, 6 highly stylized Roto Toms (each played with 4 articulations), hi-hat and several unusual and exotic percussive elements that include things like china cymbals, stacked cymbals and more. And for the ultimate realistic playing experience, all of the kit's drums have been recorded at 8 different velocities with as many as 8 round-robin hits per velocity! 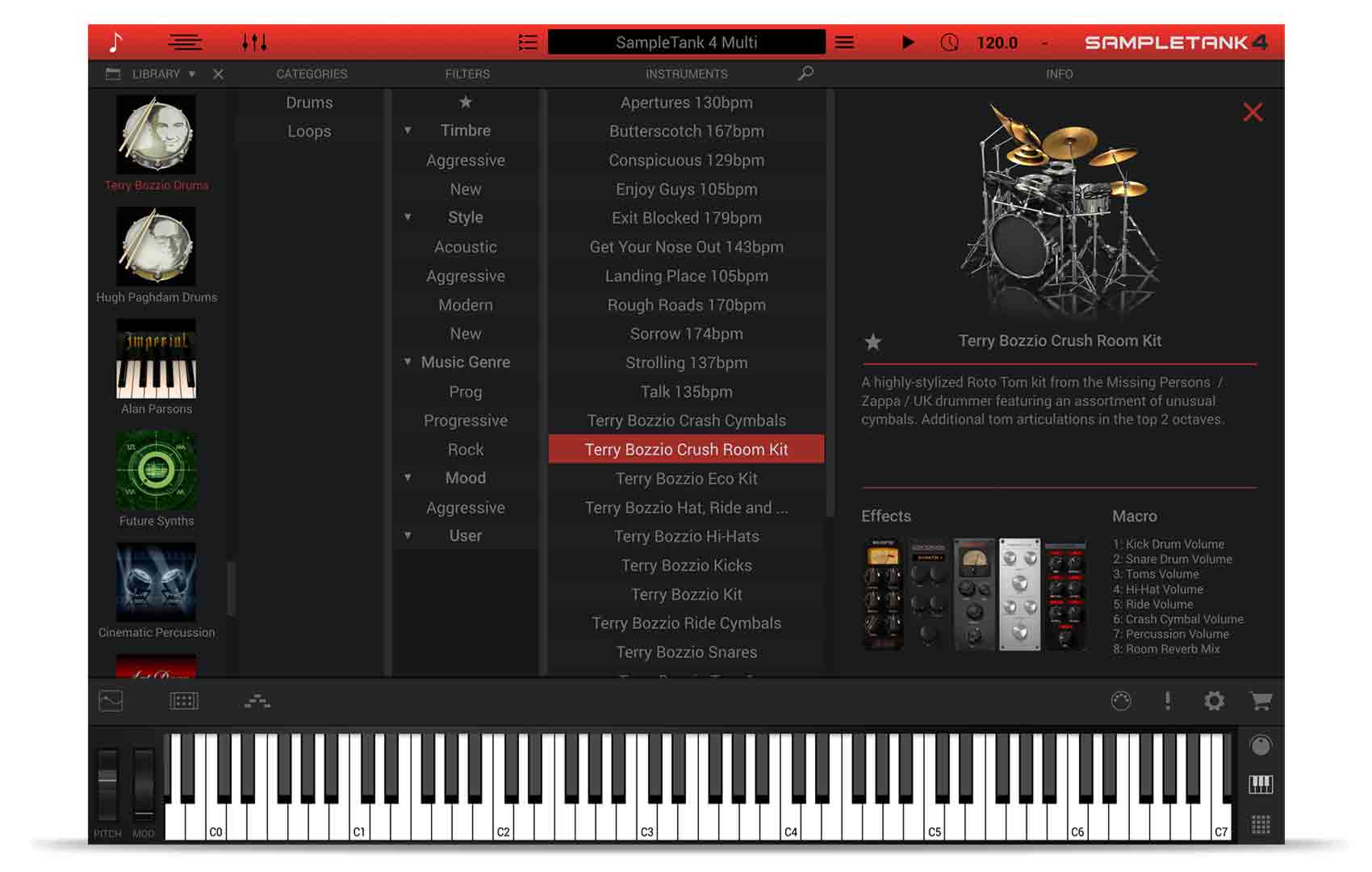 Terry Bozzio Drums also includes 350 audio loops played by the man himself. All of these have been organized into 12 instruments, and they're all in the style of many of his favorite album cuts. And because of ST3's S.T.R.E.T.C.H. engine, you can instantly change the tempo of these loops without altering the pitch. You can even mix these killer loops with one-shot samples played via MIDI to create ultra-realistic drum tracks and truly natural sounding rhythms.

An impressively well-rounded collection, Terry Bozzio Drums is perfect for rock, prog, jazz fusion, pop, metal, blues, EDM and more — these drum sounds and loops are so versatile that they seamlessly fit into any style. 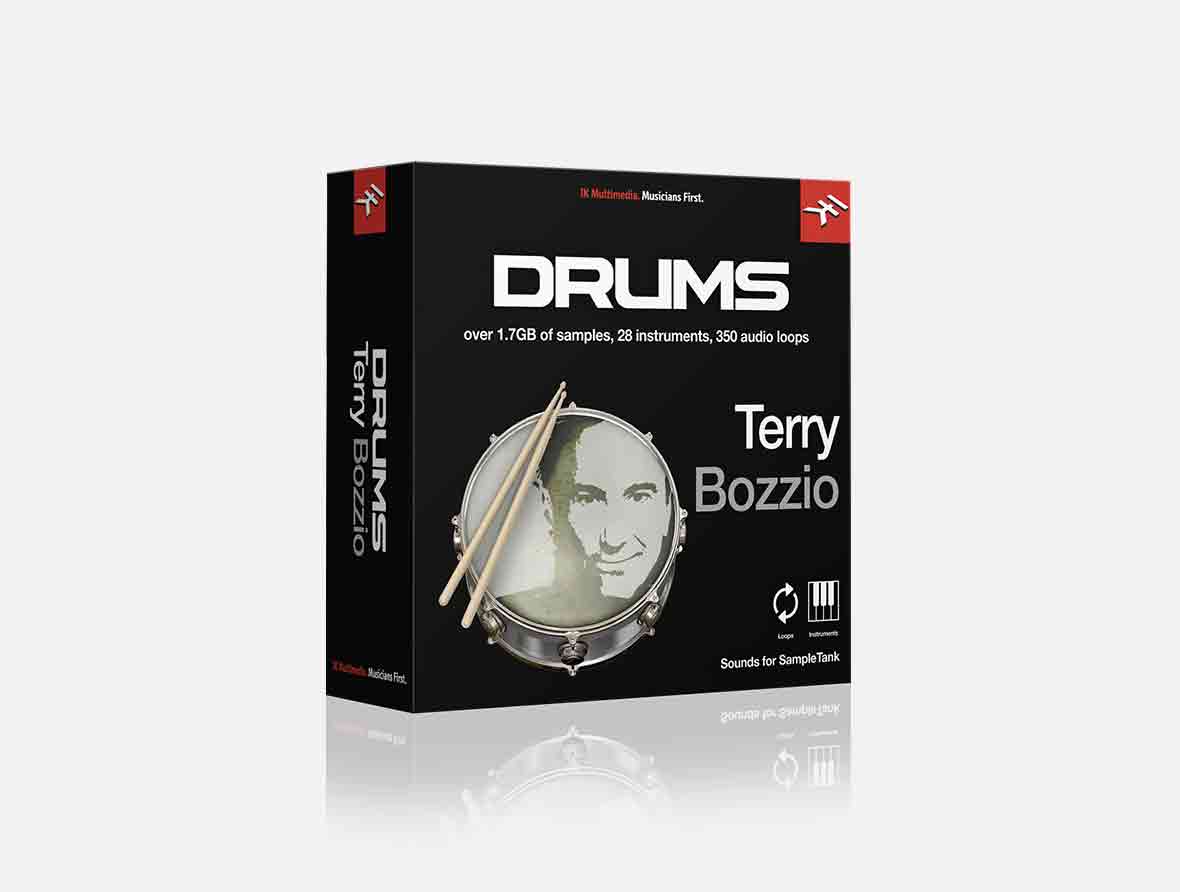 SampleTank® is a registered trademark property of IK Multimedia Production. All other product names and images, trademarks and artists names are the property of their respective owners, which are in no way associated or affiliated with IK Multimedia. Product names are used solely for the purpose of identifying the specific products that were studied during IK Multimedia’s sound model development and for describing certain types of tones produced with IK Multimedia’s digital modeling technology. Use of these names does not imply any cooperation or endorsement. LA-2A and 1176 LN are registered trademarks of Universal Audio, Inc. IK Multimedia's products, specifically, the T-RackS 3 Black 76 Limiting Amplifier and T-RackS 3 White 2A Leveling Amplifier, are manufactured and developed by IK Multimedia based on its own modeling techniques. Universal Audio has neither endorsed nor sponsored IK Multimedia's products in any manner, nor licensed any intellectual property for use in this product. Mac and the Mac logo are trademarks of Apple Computer, Inc., registered in the U.S. and other countries. Windows and the Windows logo are trademarks or registered trademarks of Microsoft Corporation in the United States and/or other countries. The Audio Units logo is a trademark of Apple Computer, Inc. VST is a trademark of Steinberg Media Technologies GmbH.

Sign up for IK’s newsletter to enter our weekly virtual instrument giveaway.