Vintage King recently spoke with GRAMMY-winning producer and engineer Joe Chiccarelli to learn more about his approach to processing vocals, his favorite gear to use in the studio and what it was like creating the Joe Chiccarelli Vocal Strip for T-RackS.

Highlights and a link to the full conversation are below:

On an analog console, I would have multiple compressors on a lead vocal and switch to different compressors for different sections of the song. Similarly, when mixing in the box, I typically use three or four plug-ins on the main vocal channel with a few other effects in parallel.

I thought it would be great if there was one plug-in that consolidated it all into one easy-to-use package. Something like that would really streamline the mixing process, as opposed to laying out a dozen plug-ins at the start of every session.

I wanted something I could pull up while overdubbing and get me closer to the finished vocal sound. During a session, I don't always have time to engage a number of plug-ins.

To me, mixing is really about keeping your interest for the entire length of the song, but not distracting you. So you've got to find ways in a mix to change something subtly. I like to color the vocal differently in each section of the song to take you on this journey. 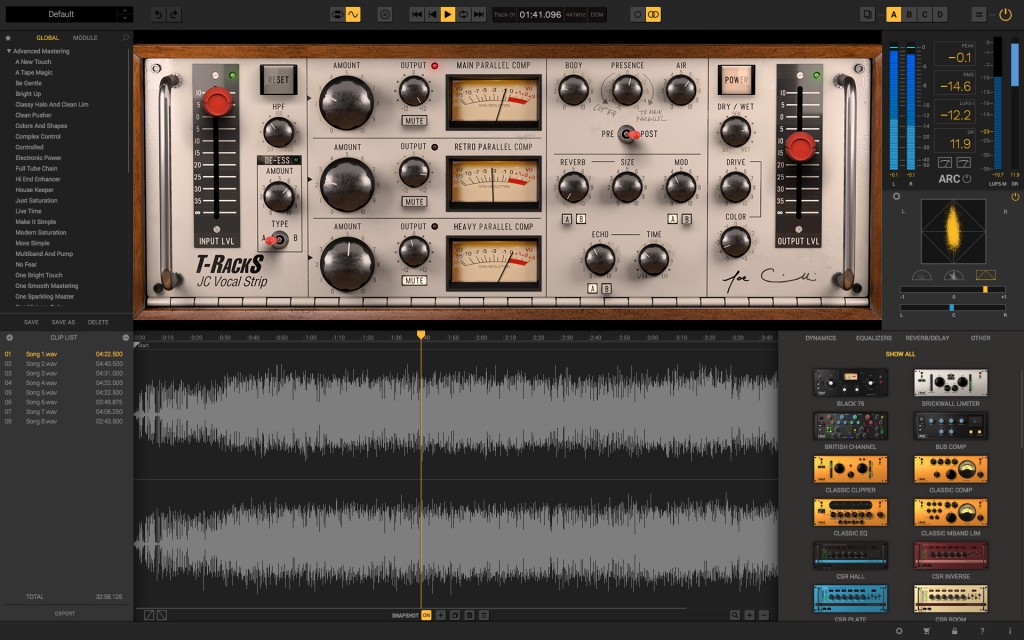 That's why it was important to me that every feature of Vocal Strip be automatable. You can put in the 1176 for the entirety of the tune, but then bring in the Fairchild model for the choruses where you needed a tougher vocal sound.

By automating all of that, you're really mixing your vocal and giving it different shapes and tones throughout the tune. Our intent with Vocal Strip was to create a tool that really makes vocal mixing easier and gets to the finish line quicker, for any song.

Visit the Vintage King Blog to read the full conversation with Joe HERE.

Enter the T-RackS Group Buy before August 1, and get up to 53 plug-ins for the price of one!  Learn more about Joe Chiccarelli Vocal Strip HERE.