"I was able to nail the whole session"

Returning to the studio after an extensive 3-month Skunk Anansie tour, guitarist Ace found some time to talk to us about his experiences using his AXE I/O interface when getting ready for the tour.

Ace began by telling us how he used AXE I/O in his tour preparation:

"Before touring this year I had a couple of weeks of songwriting with the band in the middle of nowhere. I took the AXE I/O unit with me to take a deep dive into it to nail down my live rig sounds in AmpliTube 4. In the daytime I would write songs using my real amp and pedals with the band and in the evening when the space was quiet I would work on AmpliTube - recreating my rig in the digital domain from the amp configurations and mic positioning to the pedal board and the rack sounds. Having these quiet evenings with no distractions gave me the time and space to really analyse the elements of the live rigs and translate them into accurate and usable reproductions. I also referenced my recorded and live Skunk Anansie LPs for authenticity and studio matching." 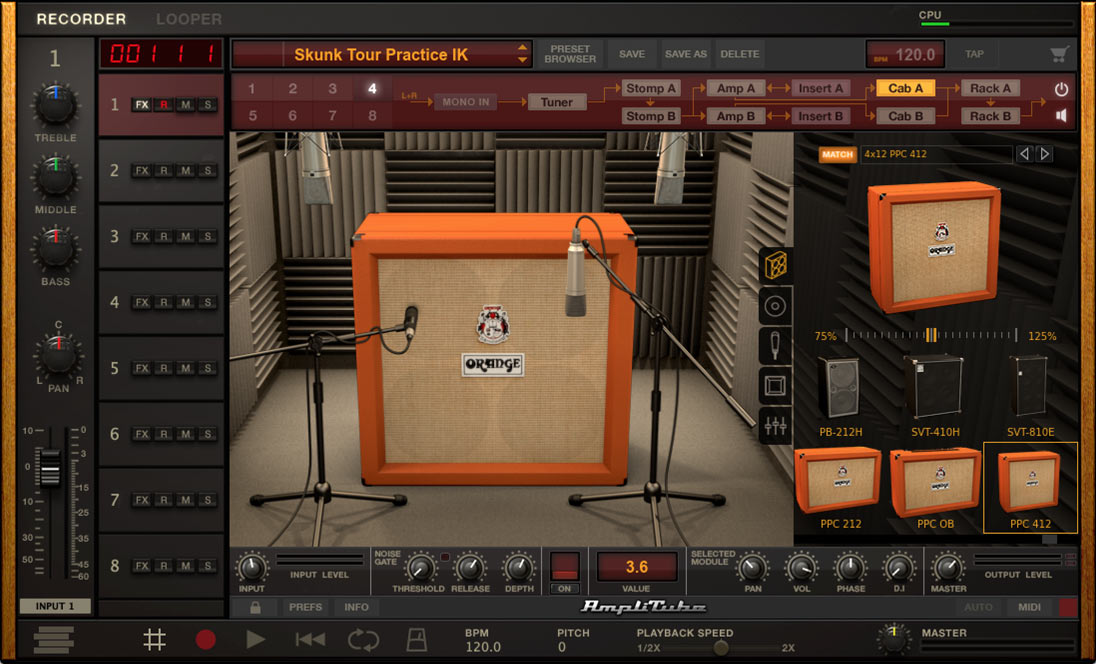 Getting into more detail, he explains how he used his AmpliTube presets for rehearsal:

"Following these sessions, I used the presets I made for rehearsals for the tour against the set list recorded tracks. Listening to these on headphones at home at any hour of the day or night I was able not to risk disturbing sleeping children etc. It really made a difference as it sounded so close - it felt as if I was in the track. Prior to this I used to practice at home with the stereo blaring and a combo in the room."

"Fast forward to the tour, and I’ve packed the AXE I/O with me and I’m using it to warm up backstage without disturbing the rest of the band - another winning use for the unit!"

"So, following on from this, we needed to release a new single after the tour had ended to keep momentum going, which meant we needed to record it while on the road, but with no real long studio time as we were constantly travelling. We decided to cut the drums and bass in a studio in Prague and figure out the guitars after somewhere else." 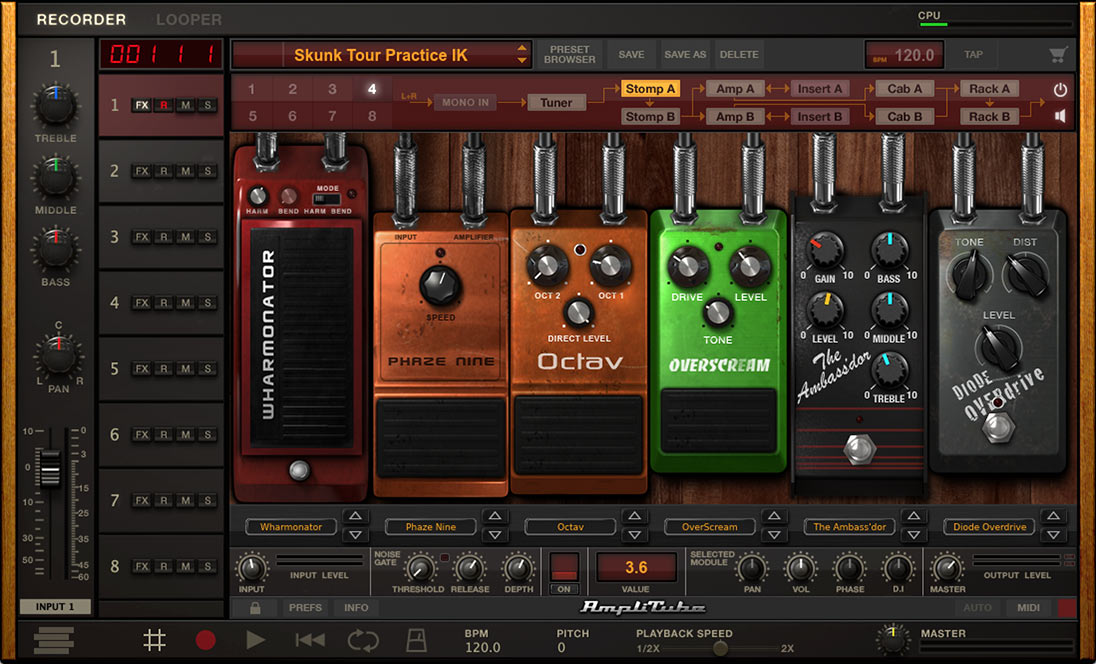 Then continuing further, he then explained how they recorded a new single while touring in hotel rooms on their days off:

"As the tour schedule continued, studio time just wasn't an option and a large hotel room on our day-off became the guitar recording location. So, as luck would have it, I had my AXE I/O rig and AmpliTube on the Mac and using a Telecaster I was able to nail the whole session during the day in the hotel room using really authentic sounding rigs that I had put in the time developing beforehand. It really was just a case of dialling up the presets of my rig and using the the ready-made pedal board. The instant set up allowed recording straight into a MacBook and cut hours of physical gear and mic set ups and heavy lifting to give me more creative playing time. Also we could record at low volumes to suit the hotel room environment."

"The funniest moment was when room service arrived with our dinners and came into the room (as we were quite well known in that country) and they saw me and singer, Skin, recording with the engineer and were quite surprised to say the least!"

Ace was blown away being able to achieve studio quality recording in a hotel room with just the essential equipment with AXE I/O and AmpliTube being at the heart of the process.

Many thanks to Ace for giving us an insight into life and recording on the road.