The new librarian feature now makes it easier to manage presets on iOS!

The new UNO Synth Editor for iOS update is available now!  The latest update to version 1.1.0 includes the new librarian feature from the UNO Synth Editor for Mac/PC. With this update, you can now browse, organize, manage, and transfer presets between iOS, Mac/PC, and your hardware unit faster and easier than ever. In addition, it provides a faster way to access and use UNO Synth’s ongoing series of custom presets from celebrated synth artists and influencers.

The new librarian is divided into two main areas, the Presets Library and the Hardware Presets 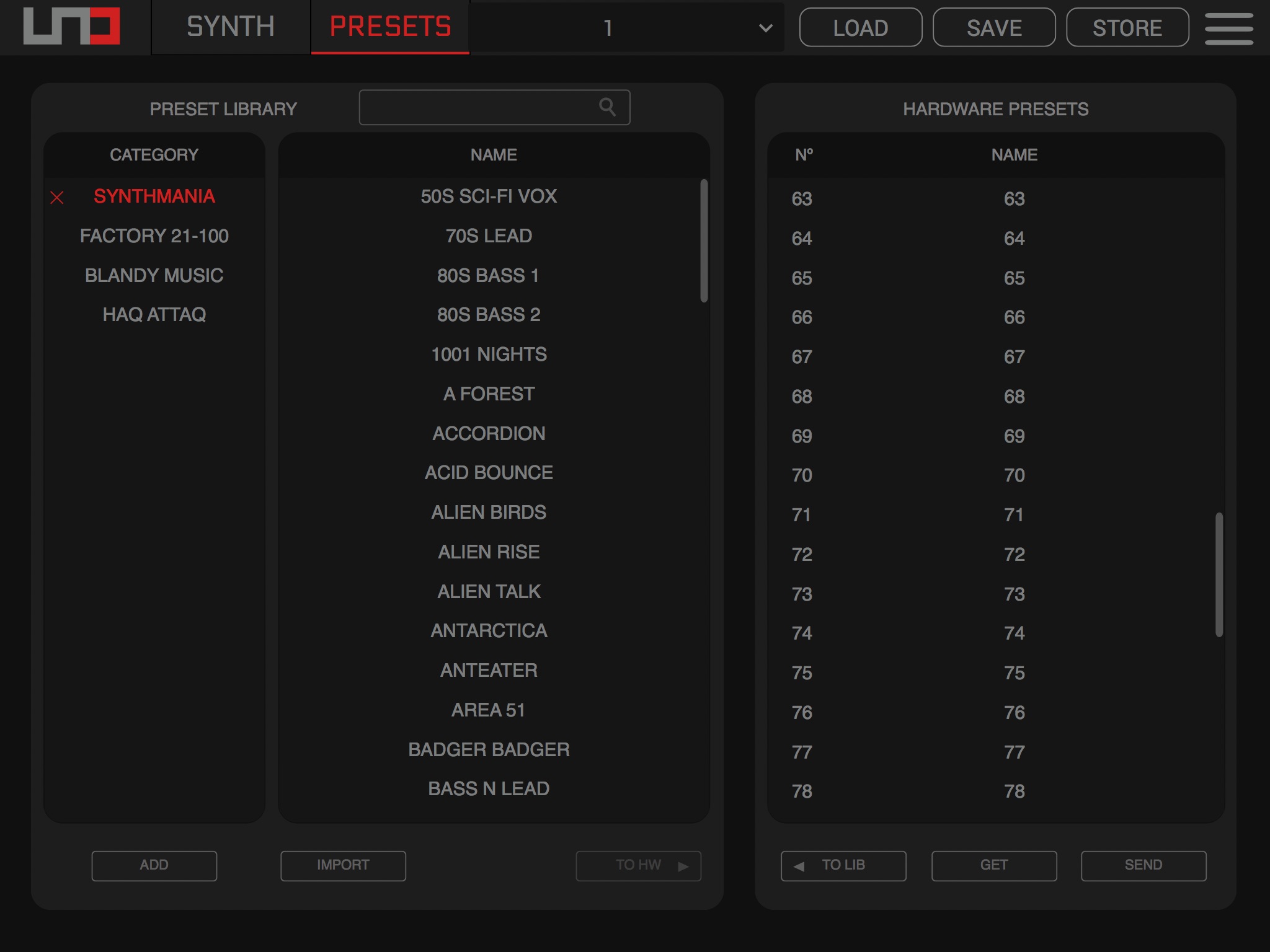 The Presets Library now shows all presets saved on your device, to quickly browse, test, and search. Featuring a familiar and easy-to-use list view and easy folder creation, the presets library allows you to create custom preset libraries and mix and match favorite presets. Presets can be arranged by user-defined categories, and new presets can be added easily by dragging presets or folders into the Editor.

The Hardware Presets area shows a list of the presets that are currently on the UNO Synth itself. Users can quickly add and re-order presets from their Library to the device, or store presets created on the unit itself in their library. Bulk transfer makes it easy to transfer up to 80 presets at once, to quickly prepare the Synth for performances and situations.

Included with the update you will find all 80 factory presets as well as presets from well known synth artists such as haQ attaQ, Synthmania, and Blandy Music!

Learn more about the UNO Synth here or Buy Now!