11 specialized mastering presets to give your tracks boom and punch from the world-famous mastering engineer of Public Enemy, Chuck D, Tony Terry and more

When it comes to mastering, and hip-hop in particular, few men know their craft as deeply as Earle Holder. Integrate his own presets in your workflow!

When it comes to mastering, and hip-hop in particular, few men know their craft as deeply as Earle Holder. His masters are a concentrate of detail, chest-kicking punch and groove that will make you dance on your chair.

These specialized presets are designed to give you the possibility to master your tracks using the approach of one of the most sought-after mastering wizards in his category. 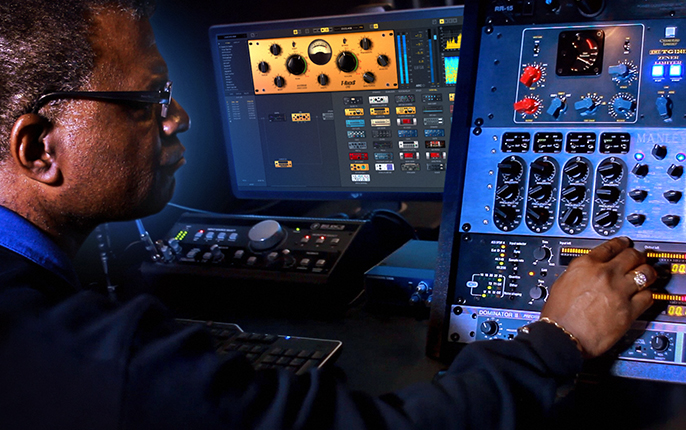 Earle Holder is currently the Mastering engineer for the world famous Public Enemy and Chuck D's record label SlamJamz along with many other industry heavy hitters. He has a musical background that spans his entire life and is a computer engineer by trade. He studied music with the late Jimmy Cannady of Cannady Studios (former member of the Inkspots for those of you who remember). He has more than 30 years’ experience and is the recipient of several prestigious music awards. He is a regular guest speaker at music studios throughout North America and is quoted in numerous industry magazines.

For Earle, mastering and editing a recording project is analogous to assembling an art exhibit. This ability to add the missing ingredients into the music, and Earle’s skillful production is what makes the whole artistic experience superb.

Check him out at HDQTRZ Mastering Studios